Don't dismiss the Law of Attraction 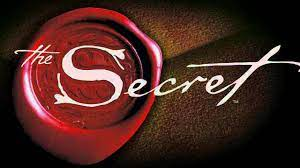 Why would Illuminati celebrities like Oprah Winfrey promote the Law of Attraction?  To give the collective consciousness a watered-down version of it in order to mislead. A popular YouTuber by the name of James Jani made a documentary called "The Dark World of New Age Gurus" which got a lot of views.  He did a good job exposing a lot of the fake teachers who profit from the Law of Attraction movement, especially from the book "The Secret", who have not been very ethical and did not operate with the highest amount of integrity.  The people mentioned were Bob Proctor, alleged to have been in trouble with business scams, David Scharner who was on national TV alleged to be ripping people off, James Ray who was alleged to be involved with a 911 call where he was running some sort of spiritual place with questionable practices which resulted in some people's deaths and him being charged with homicide, Joe Vitale putting out books with the All Seeing Eye image on them, and Eckhart Tolle who is buddies with the Dalai Llama who was involved with Keith Raniere CEO of NWIVM Corporation who was involved in child trafficking, and Echhart was friends with Oprah Winfrey who heavily promoted "The Secret" and who was also involved in child trafficking and a big friend of John of God the fake healer and child trafficker from Brazil. Another person on TikTok covered them in a short video he made with clips from Jani's documentary using his research, which Jani did a great job of in exposing the fraud and scammers that make a huge profit.  The conclusion to the documentary, however, is a rather distorted understanding of the Law of Attraction.  Just because these teachers were fake and were making money off of the Law of Attraction, therefore it's got to mean that the Law of Attraction isn't real and people don't really create their own reality.  He put out there his thoughts that the teachings of Abraham Hicks were bunk, his disbelief that the victim and his aggressor are co-creators of their own realities, he believes that people attract adversities because of bad luck or circumstances.  This is a YouTuber with a very large following receiving a very large number of views having a tremendous amount of influence on his audience dealing in a subject like this, and the thing that is a bit concerning here is the absence of wisdom or spiritual teaching and there are a lot of people who are not spiritually mature, they will watch this documentary and be influenced by this perspective because they see 1) a lot of unethical Law of Attraction teachers that acted without integrity, and 2) a lot of people were trying to apply the Law of Attraction according to that book "The Secret" and did not manifest the reality they wanted.  Disappointed, they are concluding that the Law of Attraction is a scam.  This is a dangerous conclusion to arrive to, it creates very huge distortion in the collective consciousness.  If you are ignorant of  the Law of Attraction, if you do not know how it creates reality and you were led to that conclusion, you would think that no such Law exists and people don't create their own reality.  So it is important for people to get the right knowledge from the get-go about how they are creating their own reality every single second of the day, about how the Law of Attraction really operates to benefit them instead of being victims of their own reality.  People need to know that the information shared in the movie and in the book "The Secret" was not accurate about the Law of Attraction and the teachers were not teaching it adequately, they were missing out a lot of important facts and details about the principles and mechanics of it that would have informed people properly so that they can overcome difficult situations and shift to the reality they prefer.  So people were left with this conclusion that the Law of Attraction is a false teaching or New Age tosh when it isn't, it is very real.  It is governing all realities dimensions and timelines at all times.